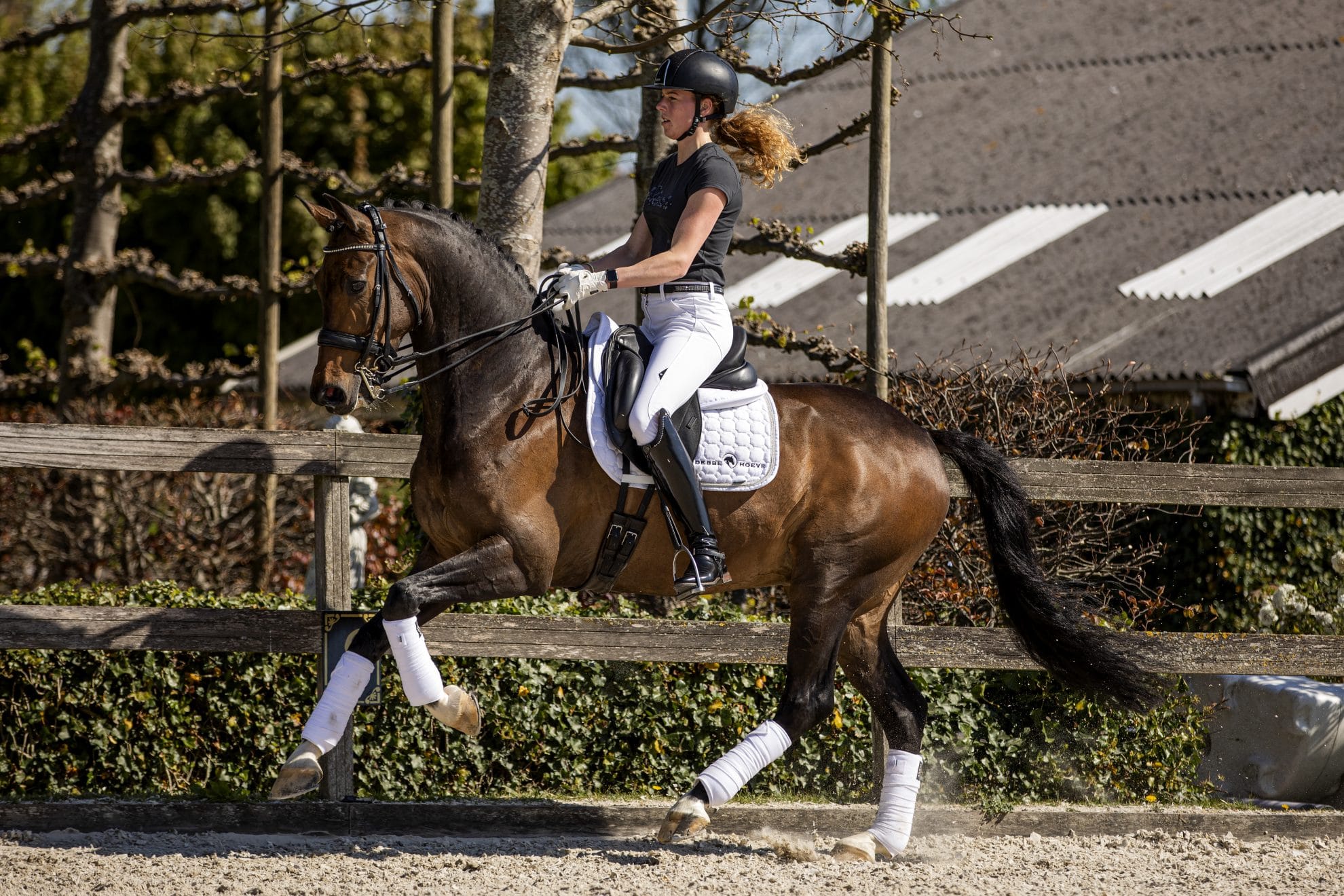 Today this special boy Idool D left our stables to his new owner Charlotte Heering. Charlotte competed at the Olympic Games in Tokyo and at the European championships in Hagen. We couldn’t be happier he’s on his way to her. Best wishes Charlotte! He will be missed. Special thanks to Eline van Egmond for the great training the last period.

P.J. van Zijl bred Idol, who was the auction topper in 2013 at the Maren-Kassel foal auction. There he came into the hands of Ad van den Tillaart for 28,000 euros. Later he came into the ownership of Dressuurstal de Debbehoeve, where Stefanie Koks took care of the training of the gelding. She competed Idol up to and including the Small Tour.