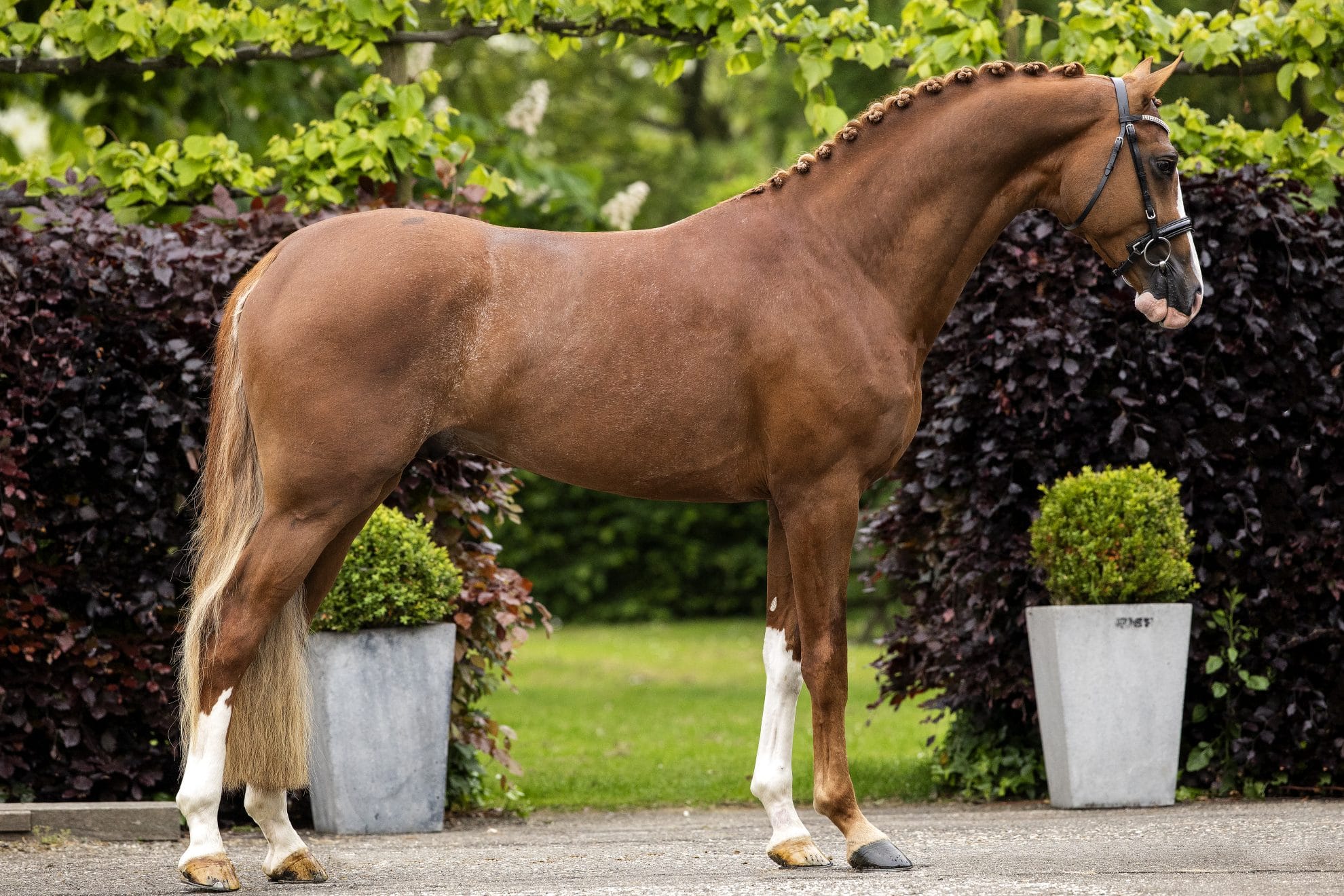 The Mission v/d Debbehoeve, who was one of the highlights in the IBOP, was presented by Marije van Thuijl – Tromp and scored 82 points. “A functional dressage horse who showed a very obedient performance. The walk had a lot of shoulder freedom and looseness in the body. In trot Mission v/d Debbehoeve moves with a lot of gummy. In the canter we would like to see her jump up a bit more. It was nice to see how fine this mare can switch. The neck length was a point of attention, which we made a small comment about during the performance, after which we saw the image clearly improve.”

The Sir Donnerhall son Debbehoeve’s Linvasion scored an eight for the trot and next to that only 8.5s. This left the stallion four points ahead of the number two.

Beautiful silhouette and a lot of appearance

According to Bart Bax, who assessed the horses together with Veronique Roerink, Debbehoeve’s Linvasion (out of Unassion elite pref perst D-OC by Krack C, breeder Van der Oord from Schoorl) is a horse with a beautiful silhouette and great appearance. “He moved with the withers up in all three gaits. The walk is active and with a lot of body use. In the trot we saw a nice technique, although we would like to see more bend in the joints for higher points. In the canter there was a lot of technique, with a lot of impuls and power.”